SMM promotion in New York is an effective tool for developing business and increasing its recognition. Social networks are great for promoting new brands and advertising products of famous companies. Complex SMM promotion allows you to achieve the traffic growth to the site, as well as to increase sales, customers’ loyalty and confidence.

Work on social networks allows you to solve different tasks:

The price of the site promotion on social networks is estimated based on the goals. A customer’s intentions may change in the course of a company’s development, and the initial strategy can be adjusted. The cost of a particular service will depend on the specifics of the business.

The promotion in social networks is performed in several stages:

01
Market analysis and competitors’ study
The collected information will help determine the content format and the strategic direction. It is very important that your brand’s page differs from others in a niche.

02
Determination of the target audience
This will help choose proper sites for publishing content and communication with customers. It is important to make a detailed psychological portrait of the target user.

03
SMM strategy and content plan
The post publications in social networks should be systematic and interesting for a potential client. Content can be planned and situational (events, promotions and other announcements).

04
Creating content
Both the visual part and the development of user-friendly texts is of great importance. The texts can be informational, image, selling and entertaining.

05
Attracting traffic
Achieving a good result without additional stimulation (such as targeted advertising, bonuses and special offers for official page subscribers) is not possible.

06
Involvement of the audience
The brand page will be advanced by the platform in case of sufficient activity. Polls, contests and other methods of communication with the audience help to stimulate the proper audience’s activity.

07
Formation of the image
In fact, a page on social networks is the face of your business. Registration of posts and communication with users allows you to work on the brand’s reputation orderly and gradually.
The price for the SMM promotion is estimated individually, depending on the strategic concept.
Our agency can do all turnkey work, and deal with page administration and moderation. Our customers receive detailed reports on the work done at all stages of development.

Should you order an SMM promotion or work on it yourself?

Group creation and promotion in social networks is a time-consuming process requiring appropriate experience and an integrated approach. High-quality publications take time to prepare images and texts. So, it is important to analyze the popularity of posts as well as adjust the content strategy.

Time management and the formation of a unique and recognizable brand’s “Tone of Voice” are of great importance. Each new publication in the group should get the audience in the appropriate mood. Accounts made in the same style look best in terms of visual design.

Our SMM studio creates a variety of posts, observing the balance between selling and entertaining publications. Employees of our studio use special tools and services for analytics.

It is important for us to achieve such results as: 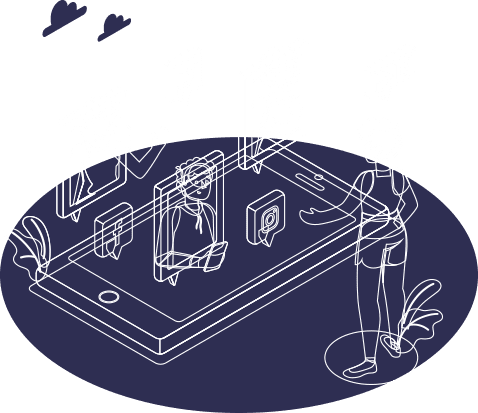 Full coverage of the target audience

A site’s promotion in social networks requires complete involvement and does not work when done in half the strength. Cooperation with the agency will give a possibility to get over the need to hire a whole staff of specialists (a designer, copywriter, targetologist, page administrator and project manager).

The price for a full set of SMM services from the agency will be much more profitable!

Which social network is better to use for promotion?

Not only the success of advertising, but also the prices for SMM depends on the choice of the site. Initial analysis and monitoring of competitors’ pages will help to decide on a social network that meets all requirements.

Our team analyzes the following information:

What platforms are used by the market niche leaders?
What social network is popular with the target audience?
What content format will be optimal for solving problems?

It is important to understand that each site has its own requirements for advertising and presenting information as a whole. For example, Twitter has restrictions on posts by the number of characters. Instagram is more suitable for publishing photos, and Facebook will be a perfect solution for information posts.

Pros and cons of a site promotion in social networks

To start an advertising campaign, you do not require a large-scale budget. In fact, the promotion involves only two main expenses: targeting and the content creation. On SMM promotion, the price depends on the number of posts and goals that are originally set in strategy.

The disadvantage of this method is a control on the part of the sites. It is important to focus on the web service rules and not abuse the means of attracting a new audience.

Another difficulty appears in the need for constant administration of networks. It is necessary to monitor messages and comments as well as answer the users’ questions on time in order to earn their loyalty.

In addition, the setting up of targeted advertising requires constant adjustments concerning the monitoring of the market and competitors, analysis of the site’s positions, the number of transitions, and traffic indicators. This requires not only professionalism, but also constant involvement in the process to ensure permanent effectiveness.

The cost of services at SMM promotion in New York can vary both from the selected promotion methodology and from the number of competitors in a niche. 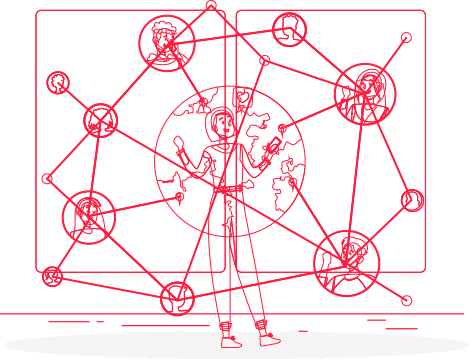 Why choose our SMM company?

We are engaged in promoting a variety of products and services. We also have experience working with an audience of different ages. You can order a turnkey promotion of pages from our web studio. For each of the services, we offer acceptable prices, and we estimate the integrated cost individually.

Do you want to get personal advice on all services and the development of a promotion strategy? Leave your application through the form on the site, and our employees will provide you with all the necessary information. For advertising in social networks, the price will be estimated after collecting the required data. 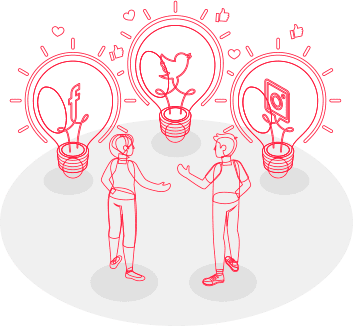 Presence on social networks is a great opportunity to attract new customers and get convenient communication with them!

You can get a free consultation by filling the form below.

We make sites of any complexity on a turnkey basis